Jellyfish: arguably one of the strangest, most interesting creatures to float through our waters. There are between 1000 and 1500 known types of jellyfish in oceans all over the world, varying in size, shape, color and severity of sting.

But the first thing to know about jellyfish is…

They’re not even vertebrates. Jellyfish – or Medusozoa – are a part of a group of marine animals that contain specialized cells for trapping food, like sea anemones and coral.

2) They are basically made of water and nerves.

Jellyfish have no brain, heart, bones or respiratory system (their skin is so thin that they can oxygenate by diffusion), and are composed of approximately 95% water. Their nervous system allows them to perceive basic senses like smell and touch. They have no need for any other organs.

3) Bloom, swarm and smack are three ways to describe a large group of jellyfish. 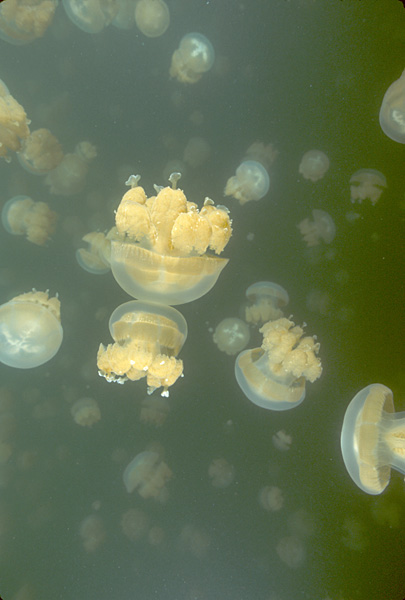 4) Jellyfish have been around for more than 650 million years.

There is fossil evidence that jellyfish were alive in the Cambrian Period, which dates back even before dinosaurs, making them the oldest multi-organ animals in the world.

5) Not all jellyfish sting.

There are some species of jellyfish, like the Golden Jellyfish, where they don’t need their stingers to defend themselves anymore. There is even a lake in Palau that’s filled with millions of these creatures, and you’re right: the place is aptly named Jellyfish Lake.

6) Some jellyfish are edible.

Jellyfish is actually featured as a delicacy in some Asian cuisines: for example, in Korea, ‘jellyfish salad’ is served at parties, weddings and other celebratory dinners.

In Japan, jellyfish are used to make – of all things – caramels. To deal with the surge in jellyfish population, the Japanese make their caramels with sugar, starch syrup and jellyfish powder (made by boiling the jellyfish and grinding it up). 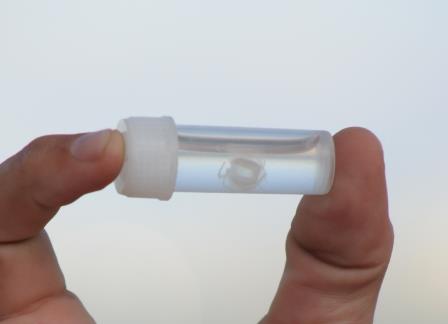 7) The most poisonous jellyfish is also the smallest.

The sting of an Irukandji jellyfish – roughly one cubic centimeter in size – is 100 times as potent as a cobra’s and 1,000 times as strong as a tarantula. When stung by one of these tiny nightmares, the victim suffers ‘Irukandji syndrome’: severe pains, nausea, sweating, accelerated heart rate and increased blood pressure. If medical attention isn’t taken within 20 minutes of the sting, the victim could go into cardiac arrest.

8) There is one hole for everything.

Yes, that’s right: jellyfish have one mouth where they consume food, excrete waste and reproduce.

9) The largest species of jellyfish is called the Lion’s Mane Jellyfish.

This poisonous creature can reach 120 feet in length. It earned its name from its red and yellowish tentacles that resemble a lion’s mane. It swims in the waters of the Arctic, Northern Atlantic and Northern Pacific, feasting on small fish and other jellies.

Contrary to popular belief, peeing on a jellyfish sting doesn’t actually help. Rinsing the area with salt water (not fresh water) will help cleanse the infected area of nematocysts – which release more venom when rubbed or itched. The pain from most stings will usually go away on its own after 24 hours, with the help of over-the-counter painkillers.