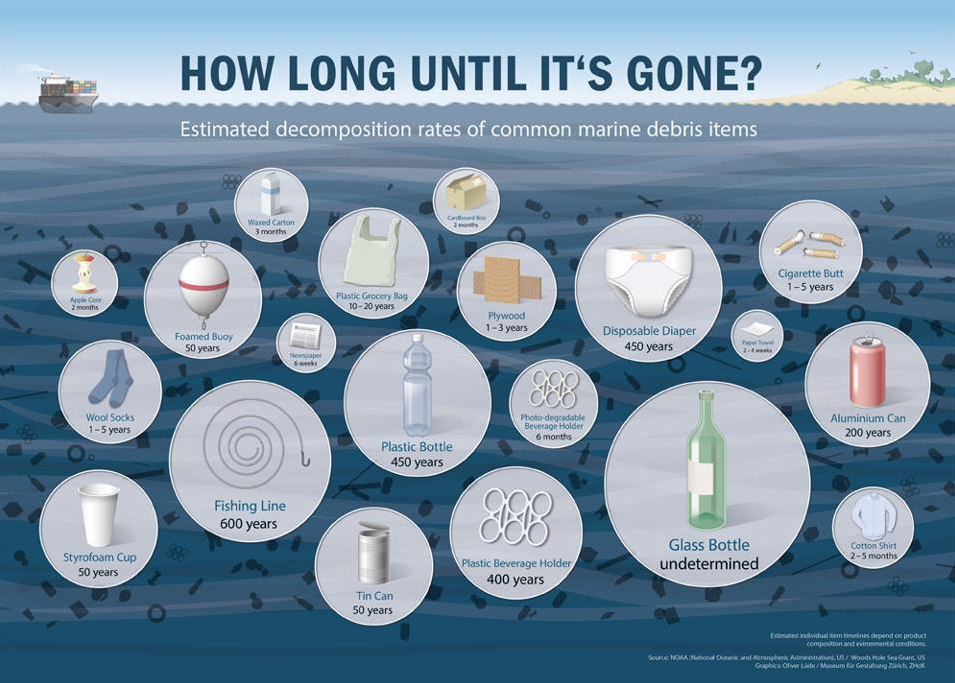 With the increasing use of plastic, human influence has become an issue as many types of plastics do not biodegrade. Waterborne plastic poses a serious threat to fish, seabirds, marine reptiles, and marine mammals, as well as to boats and coasts. Dumping, container spillages, litter washed into storm drains and waterways and wind-blown landfill waste all contribute to this problem. Aquatopia prides itself in educating and keeping the world’s Oceans and Beaches clean.

One of the most significant barriers to progress in the marine conservation sector is a lack of real understanding about the vulnerability and connectivity of ocean systems it is easy to think of the oceans as fast almost unlimited sources of food and Recreation with an abundant animals, plans, and protected spaces. Thus, it can be difficult to see the destructive consequences of human activities along the coast and below the surface. This lack of awareness creates a significant need for programs that effectively communicate how the health of our oceans relates to climate change, the global economy, biodiversity, human health, and our quality of life.

Aquatopia is an organization that seeks to conserve marine ecosystems by educating, enlisting and enabling divers and other marine enthusiasts to become active ocean stewards and citizen scientists.

Experiments that manipulated seawater chemistry in a natural coral reef community in order to determine the effect that excess carbon dioxide released by human activity is having on coral reefs. Their results provide evidence that ocean acidification is already slowing coral reef growth.

Coral reefs are particularly vulnerable to the ocean acidification process, because reef architecture is built by the accretion of calcium carbonate, called calcification, which becomes increasingly difficult as acid concentrations increase and the surrounding water’s pH decreases. Aquatopian Scientists predict that reefs could switch from carbonate accretion to dissolution within the century due to this acidification process.